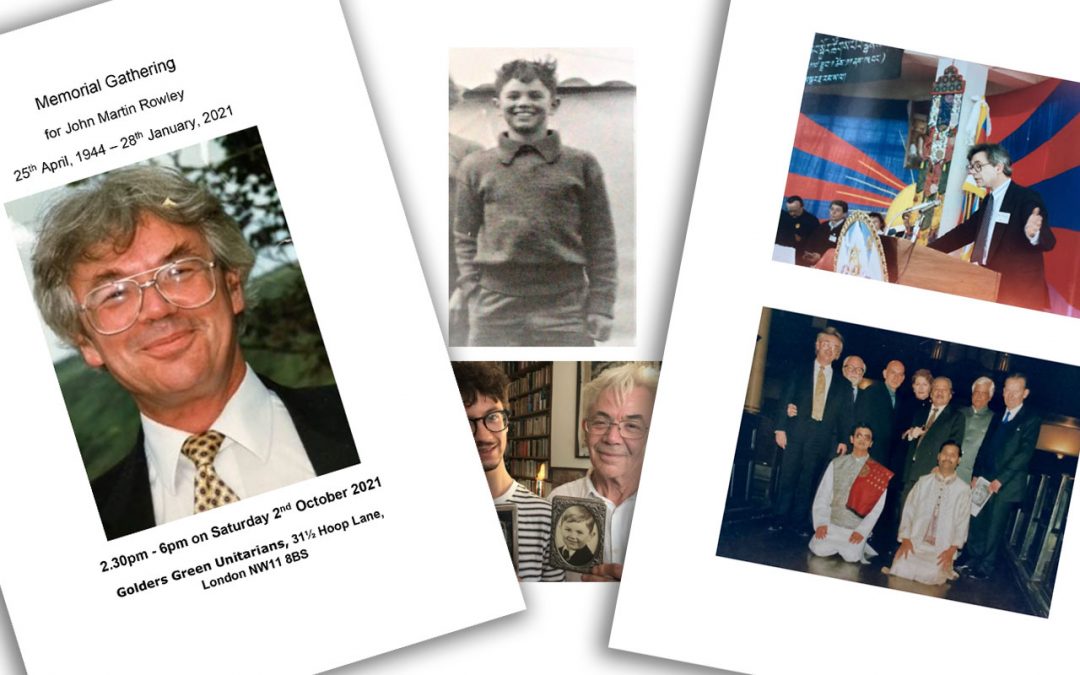 A memorial was held for the former Gandhi Foundation trustee John Martin Rowley who died 28 January 2021. The event was held at Golders Green Unitarians in London on 2 October 2021.

John was educated at Wycliffe College and read Psychology at Edinburgh University in the early 60’s. His further studies at the London Business School gave him an entry into alternative community projects that began to surface in the 70’s in East London: the Anti-University, R D Laing’s work with psychotic patients, at Centreprise Community Collective he ran a bookshop, and co-founded the Rio Community Arts Cinema. He then worked as a business consultant introducing flexi-time and ‘job satisfaction’ for, among others, the Cabinet Office. In the 80’s he espoused Tibetan Buddhism and organised conferences that addressed self-determination for Tibet and international recognition of HH Dalai Lama. He was a Trustee of the Blake Society, the Gandhi Foundation and the Buddhist Association, having co-founded the Buddhist Christian Dialogue Group. He was an impulsive enthusiastic emotional man, aiming for the stars and hoping the mundane would fall into place. His mind ever active, he loved new ideas, books, beauty and more. He wanted so much to make a difference to society, principally through conflict resolution and non-violent protest. However he felt so strongly that he could provoke the very conflict he worked hard to eradicate. His life contained ‘joy and woe woven fine’*.

A short booklet was produced to accompany the service and can be downloaded directly from the Gandhi Foundation website.